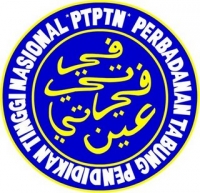 In his reaction to the recent debate on the subject between PKR’s Rafizi Ramli and UMNO’s Khairy Jamaluddin, the Kuala Selangor MP said behind its declared objective of providing financial aid to poor students attending college, the scheme was actually the cronies’ way of milking public funds.

Backing his argument, Dzulkefly, who is also PAS central committee member, cited how a private college had recently demanded PTPTN to settle some RM15 billion in debt for fees of nursing and medical students.

“This college charges RM90,000 a student in its nursing programme but could not guarantee a job upon graduation. Is this appropriate to continue?” he asked.
Pakatan Rakyat has in its joint manifesto pledged free tertiary education for all Malaysian citizens.

While critics in Barisan Nasional say the policy would lead the nation to ‘bankruptcy’ the nation, PR says it was possible if leakages and corruption were nailed after BN’s demise.

According to Dzulkefly, free college education was “more than affordable” for the government to implement once national budget was restructured based on priorities. -Harakahdaily