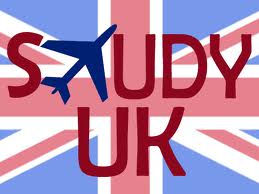 Foreign students have a higher chance of getting into British universities than locals as long as they can meet requirements and pay tuition fees up to £20,000 a year.

In a report from the Daily Mail, Edinburgh, Manchester, York, Newcastle, Sheffield, Bath and Cardiff universities are among those placing no restriction on recruitment from outside the European Union.

Clearing listings on the UCAS website show that places are available on 149 history courses for international students but only 24 for home/EU applicants.

The system is unfair to British pupils who do better than expected in their A-levels because they are denied admission, even though the university is still recruiting.

Universities are heavily fined if their recruitment targets for home and European Union students exceed while there is no limit to non-EU students.

Professor David Green, of Worcester University said, “Other countries across the world, from China, to India, to Brazil to the US, realise that the best guarantee of a prosperous future is to have a more educated population, yet we are using these number controls, which is crazy.”