Skip to content
Why is it important to learn a third language? Many of us probably have this question. Furthermore, third language acquisition is not so easy for many people. And the answer is probably a big YES. In an increasingly globalised world, learning to speak two or three languages rather than just one has its practical benefits as emphasised by Second Education Minister Datuk Seri Idris Jusoh. He suggest that students should start mastering a third language. 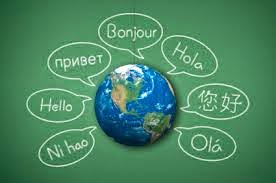 Through the provisions stated on the Malaysian Education Blueprint, Idris added that, “there are already many national schools which teach Mandarin and Tamil, and we always encourage it.” He also added that the ministry was considering making the third language an elective subject.

“This (mastery of a third language) is not a new thing as in European countries, they master four languages such as English, French, German, and Italian,” said Idris. He said four national schools in Besut would begin teaching Mandarin to Malay students, beginning next year.

In recent studies, the ability to speak in many languages showed that the advantages of multilingualism are even more fundamental than being able to converse with a wider range of people. As it turns out, such language skill makes one smarter, and has a profound effect on your brain as it improves cognitive skills and prevents dementia in old age. Are there any tips for learning third language easier? We will come back with the tips soon.

2 thoughts on “Is it important to learn a third language?”