International students who are interested to study in Sweden abroad usually look to the giant world educational providers such as the US, UK, Canada or Australia. However, there are several smaller European countries that provide the same quality education, but have been unfairly under-rated due to many common misconceptions.

Misconceptions are primarily due to the language barrier, but with a little research we find that quite a few European countries provide most courses in the English language medium of instruction. For instance, the average International students maybe surprised to learn that most local Swedes speak fluent English, and most Swedish universities do provide many courses in English.

Ironically, to the outside observer, and the uninformed, it may seem highly unlikely for international students to be more in-tune with English than the average Swede. And until data from an accurate survey is studied, this argument will always be left up to everyone’s assumptive imagination. But that is a topic of discussion for a different day. We are today going to discuss about the benefits about studying in Sweden and take a look at some of the best institutions that this modest and unpretentious kingdom of the north, has to offer.

Sweden is one of the most modern countries where living standards are comparatively the highest. Approximately 20% of the students in Sweden are international, with most companies and educational institutions using English as their official working language. And most importantly, Alfred Nobel, the father of the Nobel Prize was born in Sweden, making it a country rich in academic achievements. 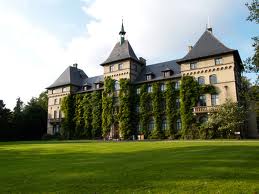 Let us take a look at the top 10 Universities in Sweden.

10. Swedish University of Agricultural Sciences:
Founded in 1977, the Swedish University of Agricultural Sciences was formed when three existing separate colleges for veterinary medicine, forestry and agriculture merged together into one organisation. All three of the former institutions had individually rich academic cultures that date back to the 17th century.

9. Stockholm School of Economics:
Due to the rapid industrial growth in the early 20th century, the Stockholm School of Economics was founded as a private initiative to fuel this growing demand with well educated business men. The School’s Master’s in Management programme was ranked in 17th position worldwide by the Financial Times. The School is very popular for its Master in Science programs, as in 2012, out of 150 available places for the program, 3261 applications were received.

7. Umea University:
Umea University, founded in the year 1965, is a relatively young university, but has not failed in being one of Sweden’s most reputed institutions. The Times Higher Education, in 2012, ranked Umea 23rd amongst other higher education institutions less than 50 years old in the world. The University comprises four faculties, nine schools, 36,000 registered students, (of which 17,000 are full-time students), 4000 employees and 365 full time professors. The four faculties are, Faculty of Arts, Faculty of Medicine, Faculty of Science and Technology, Faculty of Social Sciences, delivering some of the most professional courses in the country.

6. Royal Institute of Technology:
Being one of the leading technical universities in Europe, the Royal Institute of Technology was founded in 1827 as Sweden’s first polytechnic institute. It is ranked 53rd in the world for engineering and technology, and is the only Swedish university to be awarded “Centre of Excellent Quality in Higher Education (in Computer Science)”. The Institution’s notable alumni include; Christer Fuglesang, Astronaut, first Swedish citizen in space; Kurt Hellström, former CEO of Ericsson; and Hollywood actor Dolph Lundgren.

5. Chalmers University of Technology:
Founded in 1829, the Chalmers University of Technology is located in Gothenburg and focuses in research and education in technology, natural sciences and architecture. Nearly 40% of all of Sweden’s Engineers and Architects have graduated from Chalmers, making it one of the most impressive institutions of its kind in all of Europe. The QS World University Rankings ranked Chalmers 202nd overall in the world. The University’s notable alumni include; Gustaf Dalén, Nobel Prize in Physics; Leif Johansson, former CEO Volvo; Linn Berggren, artist and former member of Ace of Base.

4. Lund University:
Lund University, being one of the oldest universities amongst the Scandinavian countries, traces its roots back to 1425. It is one of the most reputed institutions in Europe and is consistently ranked in the top 100 universities in the world. Its eight faculties, 47,000 students, 280 programmes, 2250 courses, make it one of the largest higher education institutions in Europe. Quite a few notable people have been associated with Lund, including; Peter Estenberg (1686–1740), Greek Scholar, Professor, and advisor to King Stanislaw of Poland; Manne Siegbahn, Nobel Prize in Physics 1924; Tage Erlander, Prime Minister of Sweden.

3. Stockholm University:
Founded in the year 1878, Stockholm University started with the tradition of opening its lectures on natural science to curious citizens. The University till date upholds that tradition by conducting publicly open lectures. It is currently ranked 81st by the Shanghai Ranking System amongst other institutions in the world. Notable alumni include; Carl Bildt, former Prime Minister and current Foreign Minister of Sweden; Hans von Euler-Chelpin, awarded Nobel Prize in chemistry 1929; Dag Hammarskjöld, U.N. Secretary General.

2. Uppsala University:
Established in 1477, Uppsala University is the oldest university in Sweden and the most prestigious institutions in Europe. It is currently ranked 81st by the QS World University Rankings in the world. Uppsala is renowned for educating many Swedish politicians and other notable dignitaries including; 17th century Chancellor of the Realm, Johan Oxenstierna; Lord Chief Justice, Magnus Gabriel De la Gardie; Prime Minister of Sweden, Hjalmar Branting; Carolus Linnaeus, the father of taxonomy and Niklas Zennström, co-founder of KaZaA and Skype.

* Jöns Jakob Berzelius invented modern chemical notation and is considered one of the fathers of modern chemistry; discoverer of the elements silicon, selenium, thorium, and cerium.
* Herbert Olivecrona (1891–1980), founder of Swedish neurosurgery.
* Hugo Theorell (1903–1982), Nobel Laureate in Physiology or Medicine in 1955.